Blockchain – The Emerging Technology That is Changing Industries 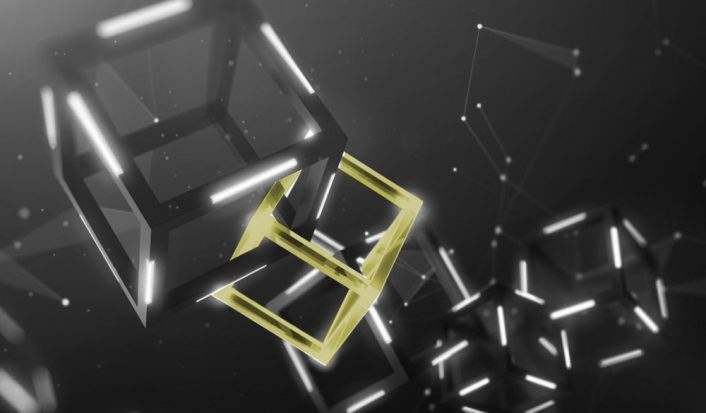 Major industries such as healthcare, finance or transportation, have undergone important changes in the last couple of decades, since emerging technologies have entered the scene. And one of these new technologies, that have revolutionized all the fields that it has entered, is blockchain. The latter has, of course, gained its popularity mostly because of its association with cryptocurrency, but little do most people know, that its origins date back from the early 90s, when a couple of mathematicians first sketched out the concept, that later would become the foundation for Bitcoin.

These days, blockchain’s use continues to break the barrier, in the sense that the financial world is now far from being the only sphere that recognizes its potential and reaps the benefits that this wonderful technology has to offer. But before exploring the numerous emerging uses for blockchain across different industries, let’s see how this technology works.

Simply put, blockchain can be described as a shared database or ledger; the latter uses encrypted blocks of data, which are chained together through cryptography and used to record transactions and track assets. Another important aspect that we must share, for a better understanding of the concept, is that such ledgers cannot be edited. That means that they cannot be deleted or altered, so the digital information that the blocks contain can only be recorded and distributed.

So now that we briefly explained how blockchain works, let’s see why did the financial field make such a fuss around it. Banks and financial institutions have started implementing blockchain technologies for quite some time now, and will continue to do so, given the great benefits they’ve been enjoying. And just to name a few, let’s begin by touching upon the issue of transactions; the superior accuracy and transparency that blockchain technologies bring to the banking area are unbeatable, since transactions can be made in real-time and in a more secure environment.

Blockchain enables banks to reduce transaction time, lower costs, and improve efficiency, while at the same time, addressing operational challenges and avoiding errors and fraud. And clients are enjoying it too! Customers can witness their transactions being processed in a matter of seconds or a few minutes, at any time of the day, by means of blockchain technology, that doesn’t take time off.

Another industry that is taking advantage of this emerging technology, is healthcare; given that the medical world works with sensitive data, that requires special care and an increased level of protection, blockchain technologies are of great use. In this sense, both patients and healthcare providers can access and share information safely, given the decentralized nature of blockchain technologies.

Moreover, patients can rest assure that their information is not only protected against data breaches, but it also cannot be altered or modified in any way, once it’s been added to the blockchain. Going forward, the pharmaceutical industry has also adopted the emerging technology, as it is able to improve the medication production process tremendously; blockchain systems can be used to assist companies in detecting errors and tracking them back to their source, thus avoiding recalls and financial loss.

And of course, we can’t overlook e-commerce, when discussing about the industries that have been revolutionized by the emerging technology that is blockchain. This particular field has adopted the technology so that transactions can be performed in a shorter amount of time, and without the need for the help of a third party. And, needless to say, not being compelled to turn to a middleman means that costs are lowered as well.

In addition, the entire process surrounding payments becomes more secure, and the transparency that defines blockchain technologies, ensures a clear image of all the transactions that have taken place. Thus, sellers and buyers gain a higher level of trust, being able to access the information they need anytime, calculate delays, and track processes without effort.

It is clear that blockchain is one of the emerging technologies that will transform every area that opens its arms to embrace its benefits. Banking and finance, healthcare, and e-commerce are some of the industries that have already acknowledged the potential that blockchain technologies have, and have already adopted blockchain-based systems. From cost cutting and reducing operation time, to increasing operational efficiency and security, all the benefits that blockchain has to offer have caught the eye of both the private and public sectors, that now realise the possibilities for applying the technologies are endless.

Backed by 350+ IT consultants, over 250 delivered Agile projects, and over 10 years of creating successful project teams for customers in various industries, TechTalent is the go-to company when deciding to resort to staff augmentation.

Some people talk about digital transformation as if it were a walk in the park, an easy task that companies are expected to accomplish successfully and in a short period of time. But, in reality, the digital transformation process is far more complex; besides the technicality that it involves, and which includes the adoption and […]

Staffing can prove to be very helpful to your company if you do not want or do not have the resources to go through the process of hiring and retaining part time or full time employees: save time, save money, save energy, waste reduction, headcount reduction. Over the years we built the insight, the resources, the channels and the access to a rich network of talent.